We’ve had some brilliant lectures by faculty (special among these was Sarah Ellis’s opening lecture about classic books with different kinds of “flight” – including flights of fancy; Kathi Appelt’s Singing the Blues; and Alan Cumyn’s Inhabiting Your Character, during which we all sang Leonard Cohen’s “Hallelujah.”) But an unexpected pleasure was the Mock Caldecott presentation by faculty-member emeritus (aka for life) Leda Schubert, who brought in a stack of picture books, all of the Multiple-Starred-Reviews variety.  Leda read us the set of guidelines given to judges of the annual Caldecott medal, a few of which involve nuanced understandings of such words as “distinguished.”

We looked at several books. Granted, the list was limited to books Leda had at home on her picture book shelf. You might not see your favorites, but here are the books we discussed: 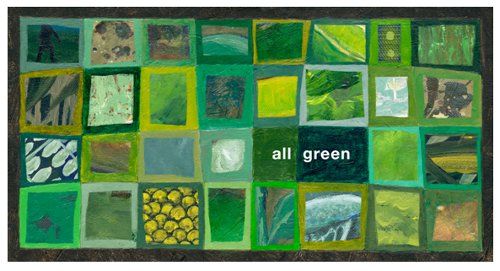 Inside illustration from Green 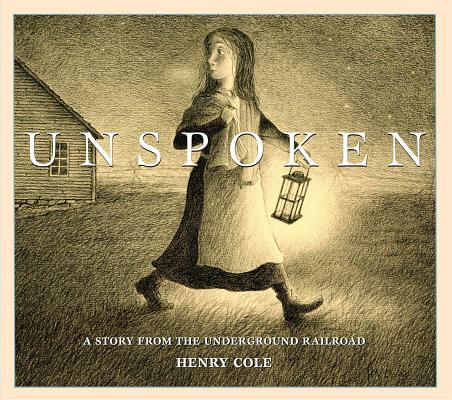 We March by Shane W. Evans

Inside illustration from We March

And Then It’s Spring by Julie Fogliano, illustrated by Erin Stead 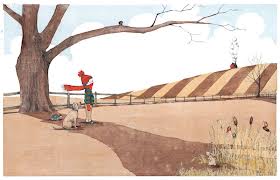 Inside illustration from And Then It’s Spring

A Home for Bird – written and illustrated by Philip C. Stead

Inside illustration from A Home for Bird

Island: A Story of the Galapagos written and illustrated by Jason Chin 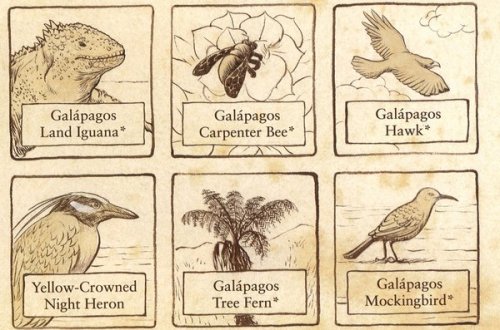 From the Endpapers of Island: A Story of the Galapagos

Z is for Moose by Kelly Bingham, illustrated by Paul Zelinsky

Cover of Z Is for Moose

Inside illustration from Extra Yarn

Apparently Caldecott committee members have to speak up and make a strong case for their favorites, fighting to get that medal for the books they love. But what a lot of things to think about! Though the medal doesn’t go to the text, you have to consider whether anything about the text diminishes the accomplishments of the illustrator – in other words, it can’t JUST be about the pictures. And do judges consider quality of paper, quality of jacket art, words on the cover flap (all yes) and the history of publication by the artist (no)?  We talked about double-page spreads that had gutter problems, and about how humor is a difficult sell when the word “distinguished” comes into play.

Our winner? The 2013 Mock Caldecott Medal for Vermont College of Fine Arts goes to Unspoken by Henry Cole. Congratulations, Henry!

Readers, what do you think deserves the Caldecott Medal this year?

Inside illustration from Unspoken

One response to “The Word “Distinguished” – A Mock Caldecott Discussion”