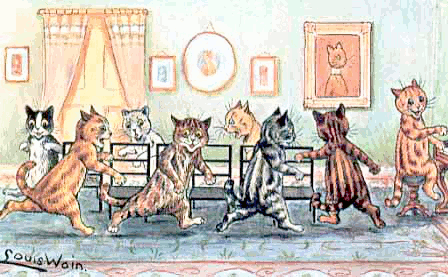 Two things happened this week which made me pause amid the busy-ness of every day life (painting a bedroom, reorganizing the linen cupboard.)  The first was my grandson’s birthday. He is  seven wonderful years old – a whirlwind, a dreamer,a talker  – and his imagination never stops. He’s learning to play the piano and recently performed Beethoven’s Ode to Joy (the one-handed  version on piano) by heart in front of a live audience of adoring parents and grandparents at a pizza parlor in Eugene, Oregon. We’ll have a little family party in Seattle for him this weekend when he comes up with his parents, and we have two presents this time around that he’ll get with the usual books and art supplies and stickers – one is a Superman robot with helicopter blades attached to his head (he flies up and down – not forward, not backward, apparently – and spins via remote control – not fancy, but fancy enough for a seven-year-old) and another is the same thing only the figure is Batman. Great stuff, if I do say so. I mean, who wouldn’t want helicopter blades that could make them levitate? Of such imaginings, delight is made.

The second thing that happened was a posting on Facebook by my good friend Leda Schubert that quoted Tomi Ungerer (“A talent without despair is hardly useful”) and asked for comments. I replied that I might revise that to read, “hardly interesting,” believing as I do that quite a lot of fascinating art comes from melancholy, dissatisfaction, darkness (think Maurice Sendak.) Within hours, a different person replied by saying, “Sorry but, blah blah blah. What is your comment? I am not interested in talent or despair.“

I also suspect sometimes that I have a dark edge that bumps up against the sweet world of children’s books and their authors –  a very kind and happy bunch of people, I’ve learned. I like their influence on me, and I thank them for keeping me slightly more balanced than I used to be when I was just writing poetry for adults (no shortage of despair in some of that.) But I do wonder from time to time about the energy it takes to approach the world “without a cry, without a prayer, / with no betrayal of despair” as Tennessee Williams put it. It exhausts me, the idea of trying to do that. Is that what the commenter on Leda’s post meant when he said he’s “not interested in despair.” Maybe he thinks it’s exhausting, and doesn’t want to go there. Or does he just not want anyone to mention it? Or was he just kidding, and I missed the humor of it?

Seems to me that not being interested in sorrow would eliminate about 51% (maybe more – 99%? –  let’s just say a great deal) of all the music, visual art, dance, film, theater and literature that is produced out of discomfort, melancholy, grief, or any of  the million small heartaches that move us to create – a longing for home, a dream gone up in smoke, missing someone, running out of hope. Those things happen in life, and to express disinterest feels very odd to me. “All you have to do,” I replied again on Leda’s Facebook page, “is listen to a sad fiddle tune or a good Rhythm and Blues song to know how interesting despair can be and how intricately it is linked to creativity.”

The intersection of the Happy Birthday moment and the Not Interested in Talent or Despair moment came yesterday when I read a poem  by Josephine Jacobsen, a Canadian poet whose work I’m looking into for one of my Undersung essays over at Numero Cinq. She wrote the following poem about children playing musical chairs at a birthday party. It has delight, it has sorrow – neither one eclipses the other. The two together deepen each other, don’t they?

Seems to me that the lesson to remember is this, so basic that it’s got to be true:  Don’t worry about those two crayons in the Crayola box – Delight and Despair. Use them liberally. Both – light and dark – make your work interesting.

Hope you all enjoy Jacobsen’s poem as I did – the terza rima form seems perfect for something that looks at a children’s game. It has a nursery rhyme feel to it, but packs a punch.  I bet both melancholy and delight played a role in her writing it.  We see the children running, we hear their eager cries, we worry about that dark slope, and we know that “somewhere hidden” there is “the shape of bliss.”

The Birthday Party  by Josephine Jacobsen

The sounds are the sea, breaking out of sight,
and down the green slope the children’s voices
that celebrate the fact of being eight.

One too few chairs are for desperate forces:
when the music hushes, the children drop
into their arms, except for one caught by choices.

In a circle gallops the shrinking crop
to leave a single sitter in hubris
when the adult finger tells them: stop.

There is a treasure, somewhere easy to miss.
In the blooms? by the pineapple-palms’ bark?
somewhere, hidden, the shape of bliss.

Onto the pitted sand comes highwater mark.
Waves older than eight begin a retreat;
they will come, the children gone, the slope dark.

One of the gifts was a year, complete.
There will be others: those not eight
will come to be eight, bar a dire defeat.

On the green grass there is a delicate
change; there is a change in the sun
though certainly it is not truly late,

and still caught up in the scary fun,
like a muddle of flowers blown around.
For treasure, for triumph, the children run

By the way, today is Poetry Friday.  Head over to Violet Nesdoly’s blog to see her round-up of what people around the KidLitOSphere have posted.