As some of you know, I like to collect images of books in art. See enough of these and patterns start to emerge. For a lazy August, I thought I’d put together some of the images I’ve found of animals and books.

I made some rules for myself. The animals had to be interacting with the books. In other words, although I have dozens and dozens of images of readers with cats, for example, those didn’t count.

Most of the artists seem to be exploring the idea of books a source of intelligence and enlightenment. I smile at the gears turning above this pigeon’s head (although maybe it’s simply an illustration for a story about a pigeon who lives in a clock tower.) 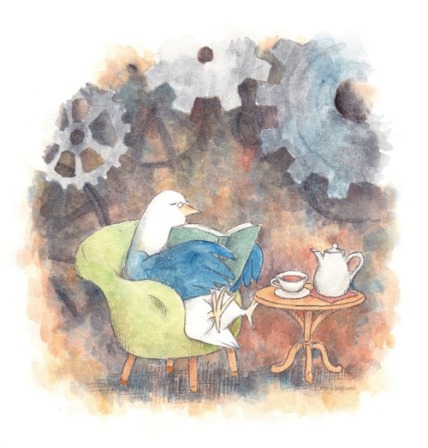 Owls and books are a popular connection for obvious reasons. 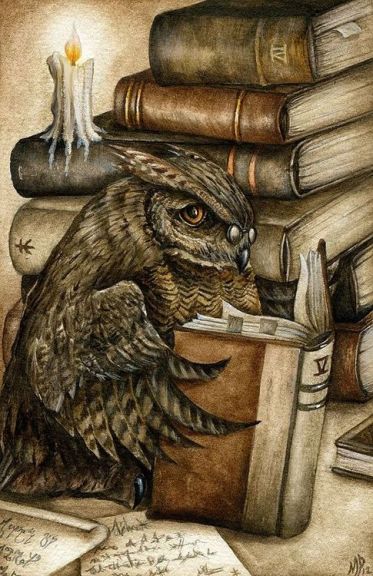 A few artists seem interested in other types of intelligence. Although I can’t tell if the illustrator Zhao Na is making fun of human pretensions, or if he’s remarking on how far a leap it is between climbing books and reading them.

Toni Demuro seems to be suggesting that there is a fine line here. 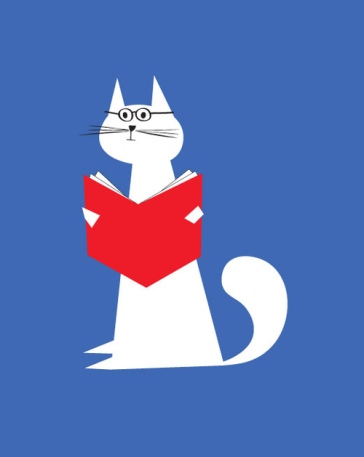 But my favorite image of animals and books is by illustrator Erin Stead, Caldecott-winning illustrator of A Sick Day for Amos McGee.

Made into a poster for Scholastic in 2013, there seem to be several layers here. Of course there’s the delightful difference in size and the odd juxtaposition of books and whales, kids and the Arctic.

But I also see a nod to what lies beneath for whales, icebergs  and the human mind. And the haunting suggestion/reminder that marine mammals just may be our closest intellectual equals on the planet but in a realm so different from us, we are failing to recognize it. If only we could read their books!