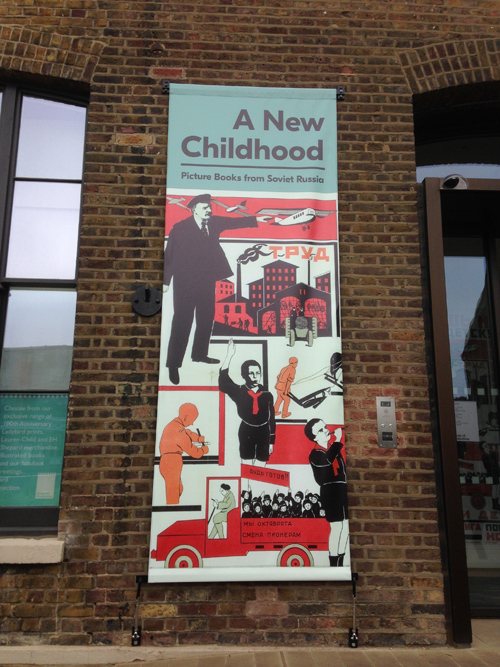 Last week I returned to House of Illustration to see their current show – A New Childhood: Picture Books From Soviet Russia.

It is an excellent, eye-opening exhibit. I snapped a few subversive shots to share with you.

After the end of the Tsarist regime, fairy tales were considered irrelevant. Children were reimagined as “builders of the new egalitarian future.” New children’s books would promote socialist beliefs and give practical instruction.

Galina and Olga Chichagova, poster design with text by A. Galena, 1925.

“The images of old storybooks. Out with the mysticism and fantasy of children’s books!! Give a new children’s book!! Work, battle, technology, nature – the new reality of childhood.

On the positive side, during this time there was a blossoming of creativity in children’s literature. The influence of folk art as well as past art movements and picture books from Europe converged in these new books.

Eduard Krimmer, How the Whale Got His Throat (Rudyard Kipling) 1926. 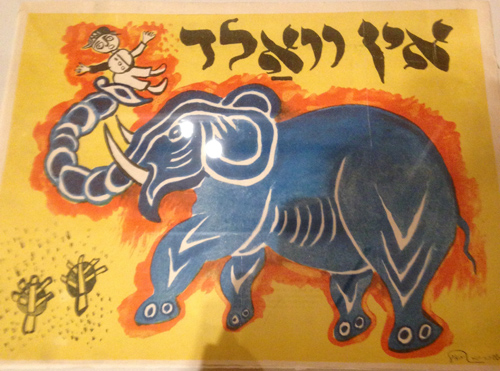 Issachar Ber Ryback for In The Forest (Leib Kvitko) 1922. 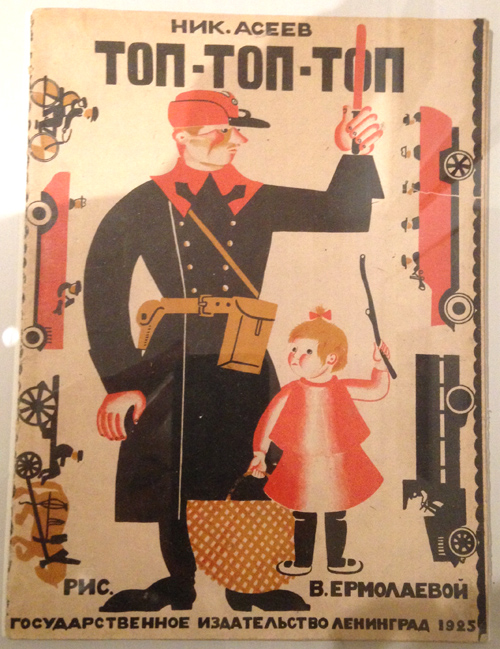 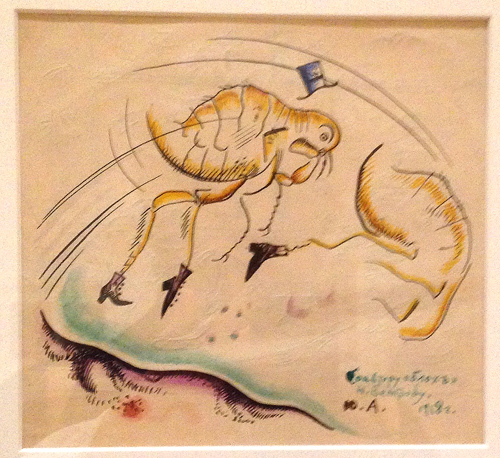 Illustrations for The Flea (Natan Vengrov) by Iurii Annenkov, c. 1918

Konstantin Rudakov’s work was humorous and zany, but considered “bourgeois dregs” by Nadezhda Krupskaya, noted theorist and Lenin’s wife. Some of his books were banned.

Picture books would show children how to build the future. 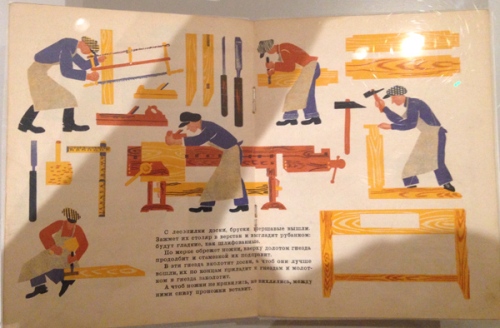 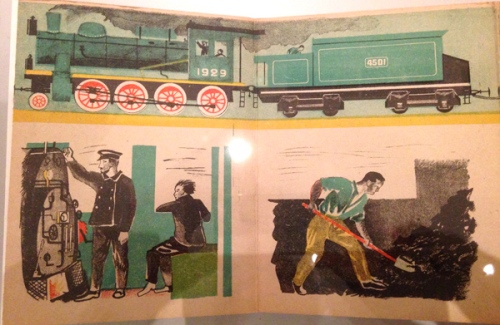 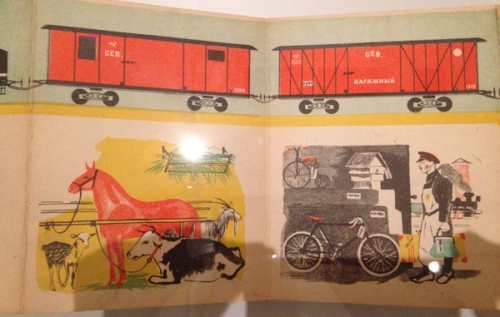 Georgii Echeistov, What It Carries Where It Travels, 1930

The circus was still popular, but the Lion was no longer portrayed as King of the beasts. Instead he was President. 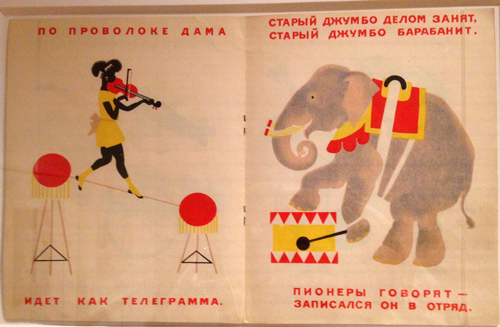 Some illustrators were still determined to show children at play and having fun. Some got away with it. 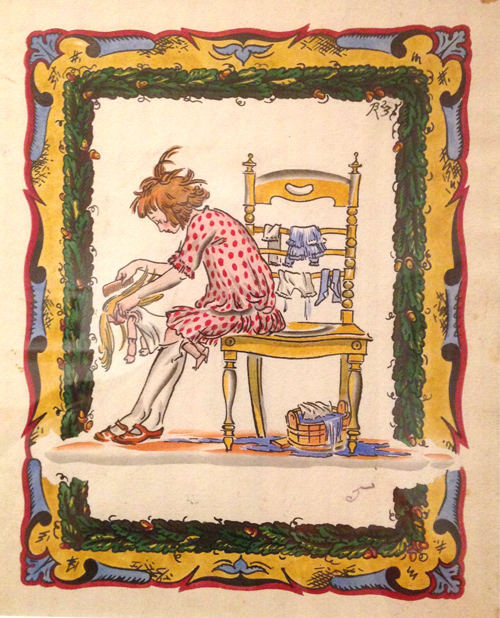 Vladamir Konashevitz, unpublished illustration for Pictures For Little Ones, 1925 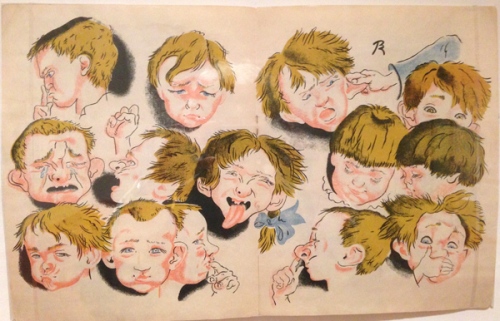 Others delved further into the new reality of childhood.

The atmosphere of experimentation ended in the mid-1930s when “socialist realism” became the assigned aesthetic ideal. Children’s books could only support Soviet approved aspirations. State censorship was enforced. Yiddish publishing was no longer tolerated and high taxes caused many Russian publishers to close. Many illustrators continued to work but ceased experimenting. Some fled to Europe. Others were arrested.

I visited Soviet Russia when I was a child in 1970. What I remember most about Moscow was how bleak it was. Saint Basil’s Cathedral rose like a glorious fantasy out of the concrete. Everything else, including the people, was grey and heavy. Our guide was afraid to answer any of our questions. People spoke to us in whispers if they spoke to us at all. They were the children who had grown up under the Soviet regime.

For those of you who aren’t able to make it to London to see this show before it closes in September, you can look for the book, Inside the Rainbow, Russian Children’s Literature 1920-1935: Beautiful books, terrible times, which inspired House of Illustration to exhibit works from this collection.

3 responses to “A New Childhood: Picture Books From Soviet Russia”