The world is thrumming with insect life. In the summer I feel more aware of all the bugs around us. 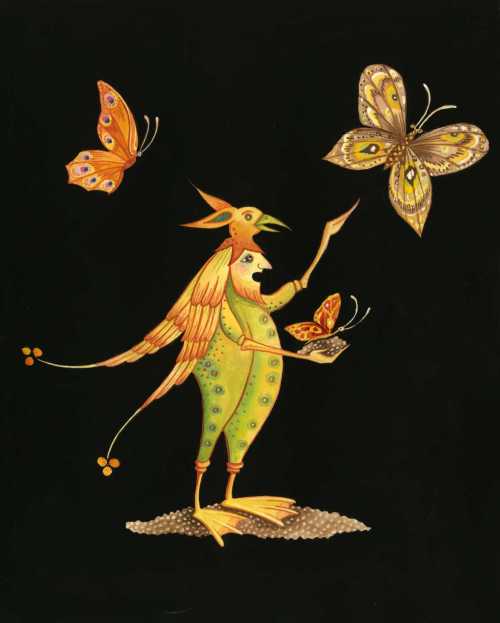 When I illustrated Summer Birds by Margarita Engle I got to spend some time with insects. When I began the book I knew it would be fun to illustrate imaginary creatures and misconceptions about metamorphosis, but it turned out to be equally entertaining to draw real insects.

In a field of one square mile you will find as many insects as there are people on the entire planet. The Smithsonian Institute estimates that there are 10 quintillion (10,000,000,000,000,000,000) insects on earth. That means there are 200 million insects for each human being. 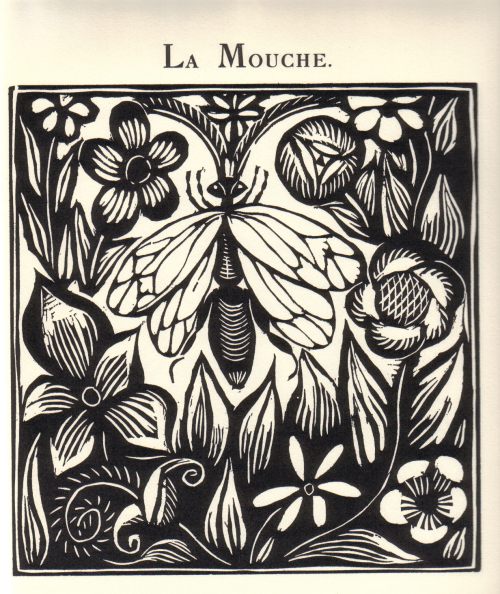 There are roughly 900,000 different kinds of living species of insects, fascinating in their particulars. Check out the website What’s That Bug to see some of them.

Here is an unscientific selection of some bugs that have buzzed through children’s books, in chronological order.

In 1807 John Harris came out with the Butterfly’s Ball. It was one of the first books made to delight children as opposed to improve or edify them.

The success of that book spawned The Butterfly’s Birthday in 1809, illustrated by William Mulready.

Palmer Cox (who created the Brownies) painted this is 1890. .

Kafka published Metamorphosis in 1915. In 1927 you could have tea with Fly Ratter Tatter, illustrated by Vladimir Konashevich.

Some bugs are easier to love in art than in life. This lone cockroach and the swarming mosquitos below are from Alyonushka’s Tales, illustrated by Yuri Vasnetsov in 1935:

John Langstaff wrote Frog Went A-Courtin in 1955 and Feodor Rojankovsky won a Caldecott for the illustrations. The book teems with bugs in minor and major roles. 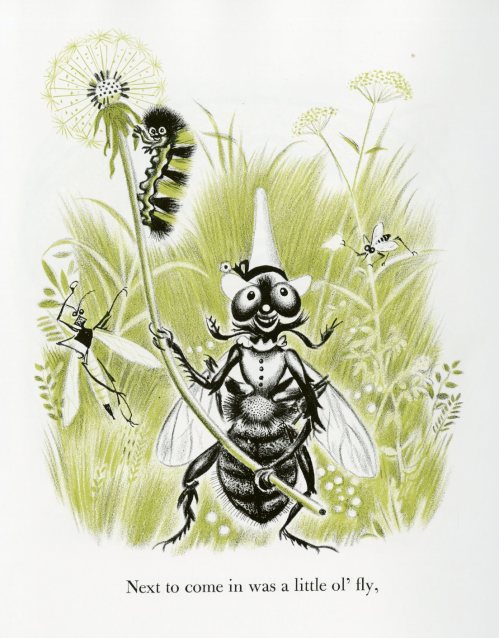 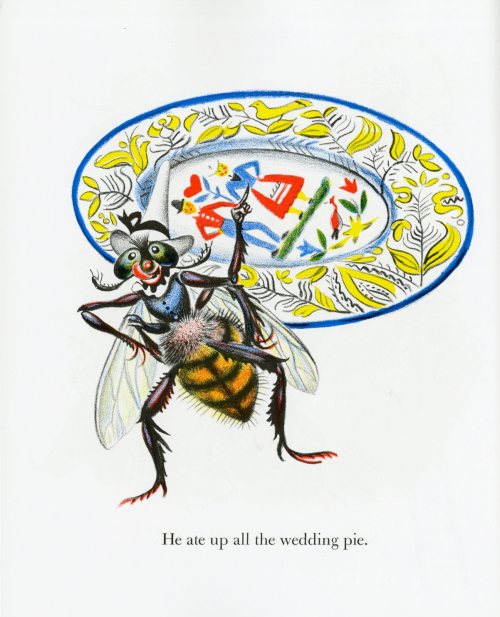 Next to come in was a little chick, 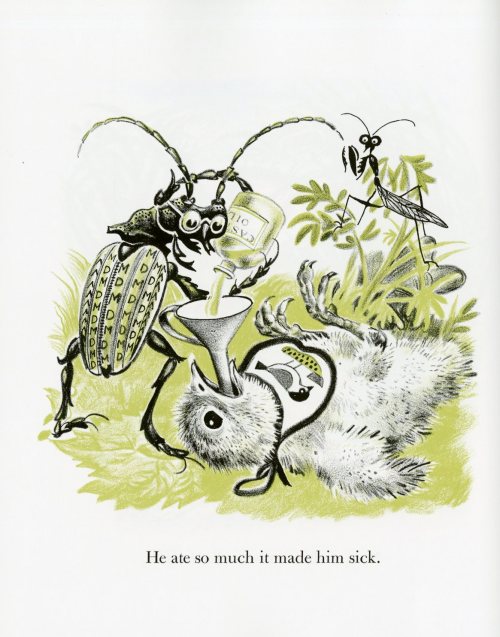 Wm. Steig’s Presumptuous Insect is not from a children’s book but it begged to be included.

Doug Florian is a modern master of the insect. Check out his books Insectlopedia from 2002 and Unbeelievables from 2012.

Update: Joellyn Rock sent a link to this video that she made called Pollinatrix the Pollinator. Buzz over and check it out!